Rampur Town is situated on the banks of the River Sutlaj, which flows through the Rampur. There are the large buildings hanging over the hills of the Himachal Pradesh. You can find such amazing views of the fast flowing of the Satluj River from these hills. 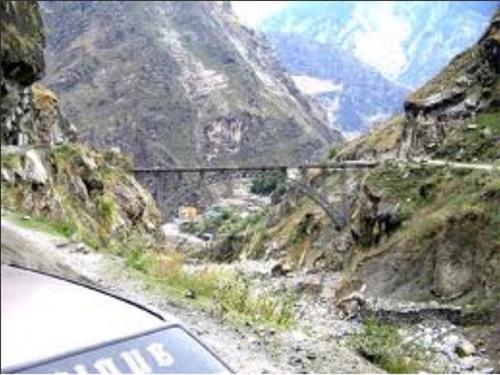 This Town was the capital of the Bushahr, and its scenic beauty lets you to enjoy and get addicted to the culture of the Rampur Town. While, the biggest trading event will be held in the month of November during the Lavi fair, and attract traders from different places such as Kashmir, Yarkand and so on.

Rampur, the city or town of Shimla, that is popular with the name Rampur Bushahr, was found to be one among the largest city of the 28 states of the Shimla Hills.The places which were under the States of the British Raj administration, were supposed to invest on the regional and other trade to explore resources of Himalaya.

The language spoken at Rampur of Himachal Pradesh is Hindi. However, the people from other parts of India, or the Tibetans who reside in this city, speak their native language.

The costumes that are worn by the people of this city include the common Indian and Indo-western outfit; but, it varies for the tribal people as well as for other castes like Rajputs, Marwaris, etc.

There are number of Himachali dishes which, those who live outside Himachal miss most of the time. There are so many dishes like 'Mah ki dal ke pakode' (Bada), Patrodu (Patode)-made of Leaves stuffed with Paste made of Mah ki dal, Poldu, Chiltu, Sigdi etc. 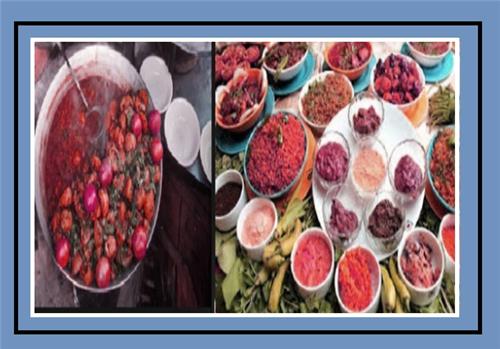 Rampur Bushair in Himachal Pradesh is popular for handcrafted items, like woolen clothes, rugs, wooden crafts, clay sculptures and so on. The city is very excellent for shoppers to get all that they need at the city’s market place. It is for sure that the tourists will have a wonderful time, in finding interesting things at Rampur.

Arts and Culture of Rampur

The arts and culture of Rampur represents the Himalayan Culture. There are several arts and culture that belongs not only to the city of Rampur, but the entire Himalayan Regions. It could be creation or weaving of woolen cloth materials, the handicrafts items made out of wood, etc. While, the culture of the Rampur denotes the Lavi fair that is the main activity of the Rampur town.

Rampur of Himachal Pradesh is popular for the Lavi Fair conducted during 2nd week of November every year on the banks of the River Sutlej. This is not the local fair, but is considered as the International fair, where traders from Tibet and Kinnaur sell different types of items at this fair such as - utensils, dry fruits, and so on.

Rampur, a city of the Kinnaur district of Himachal Pradesh, is a very beautiful destination, which is located at the bank of the River Satluj, with an average altitude of 1350 metres, which is approximately 4429 feet.

The temperature of Rampur during the summer usually increases to 40 degrees. While, the temperature of the city in the winter, decreases below the freezing point, when it’s a time of shivering.

Throughout the year, all seasons are favorable, and can be visited between the months of March to June and from September to November.

Distance of Travel to Rampur

The distance of Rampur from Shimla is 134 Kms, which lies on the NH - 22. Also, Rampur can be reached via Rohru through Sungri, which is 80 Kms; and from Kullu, Manali and Jalori pass, the distance is about 190 Kms.

How to Reach Rampur

Rampur of Himachal Pradesh can be reached via bus, rail or through air.


By Bus
There are no issues in finding the buses, as there are large numbers of buses all over the Rampur. Bus service is provided whole day through the city of Rampur, Narkanda and Shimla.

By Rail
The very closest railway station that is established near to the Rampur is just 134 Kms.

By Airport
There is also a nearest airport which is just 157 Kms from the town of the Rampur (Himachal Pradesh). Tourists thus, feel it comfortable to travel the city of Rampur.

Comments / Discussion Board - About Rampur