Art and Culture in Rampur

One of the large attraction of the Lavi Fair which is held in the Rampur, has become famous due to the sales made by many native commercial or tradesmen. Some kinds of items sold here are dry fruits and other agricultural products. But, the most popularly sold item is the 'Pashmina' wool.

The Pashmina shawls are the handmade shawls of the Kashmir, where the woolen shawls are made.These are the kind of fibres which are ideal during the winters, as it gives the warm feeling.Such kind of woolen shawls are prepared out of the mountain sheep. Apart from woolen shawls, you will also find woolen scarfs, stoles and wraps, etc.

These types of woolen materials are sold during the 'Lavi Fair', which is the biggest fair in the Rampur town.

The hand-made shawls of this area are quite unique and it has been said that, the craft is found to be 100 years old. While, the raw materials used to make such crafts is known as the 'Merino wool'. It is the wool taken out from the local sheep, as well as from the Pashmina wool of Kashmir. 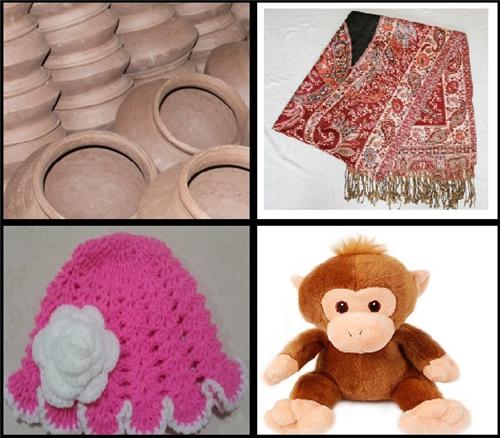 The shawls are made in different colors such as red, grey, orange, green, pink and other colors. Such type of colorful shawls are popular as 'Kinnauri shawls'. Each of these colors resembles certain 5 elements, if white stands for water; then yellow denotes the earth;while, the red is considered as the fire; and other colors like blue and green represents air.

These woolen shawl craftsmen of Rampur, started moving to other places to promote their talent. And due to which, such shawls are available throughout the Himachal Pradesh regions.

The Lavi Fair has become popular due to the effort put by the local people to uphold the ancient Indian Culture. Also, certain efforts have been put to restore the old heritage and glory of the Lavi Fair, which has been modified with a modern touch.

The people of Rampur are generally Hindus, and Hindi is the common language inherited from the Himachal Pradesh; while, Pahari is the language spoken at Rampur. However, the Communities and cultures are mingled with the entire Himachal Pradesh.

When people started to become educated, the good communication network as well as the upholding of the socio-economic conditions of the people started to increase. This in turn, started to create a strong social bonding, which has become the hallmark of the rich culture and traditions of not only the Rampur, but the entire Himachal Pradesh.

The main festivals of Rampur is the 'Lavi Fair' and 'Faag Mela'. Among which, 'Lavi Fair' is the biggest fair, where traders from Tibets and Kinnaur arrive here to sell different types of food and hand crafted items. This fair has been celebrated since 300 years ago. It is the only fair that is celebrated in a very grand way and thereby highlights the Indian Culture. During this fair, dance and music are conducted.

Comments / Discussion Board - Art and Culture in Rampur