Rampur is one of the amazing spot that dominates the River Sutlej, and represents the beauty of the greatest Himalayan region as well as the tranquility of the Sutlej River. This single location provides you the most breathtaking views that can be seen in the Himalayan regions. Rampur can be visited regularly throughout the year, as the climate is pleasant all times. However, some people visit during the religious occasions to participate in the fairs and festivals.

This city of Rampur, which is also known as Rampur Bushahr or Bashahr, has been filled with many tourists over the years, due to several religious and sightseeing places which have distinct origin and significance. 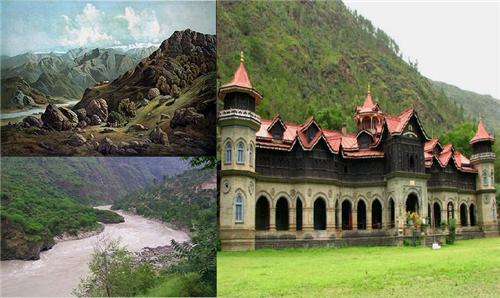 Rampur presently one of the largest commercial town of Himachal Pradesh, which is said to be a major center once upon a time. And there are also the old trade routes to Kinnaur and Tibet, as well as the Ladakh and China.

The most important religious places in Rampur are namely the Ragunath Temple and the Narsingh Temple, the Dumgir Budh Temple, as well as the Ayodhya Temple and Sri Sat Nahan Temple are the major tourists sports. 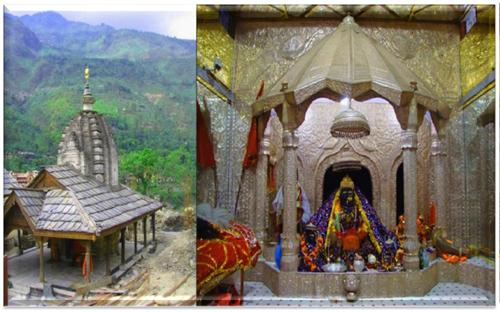 The city or the town called Rampur is really a dream city of every traveler, and an important destination for the pilgrims of different religions. When you travel from Shimla, you can find a big Hanuman idol of old structure at the Rampur city entrance and represents the traditional style of the Rampur.

There is also a beautiful Place called 'Rajmahal', in Rampur, which is very close to the Rampur Bus Stop. If you visit to Rampur Bus stand, take a left turn of the bus stand, to reach the Gate or RajBhavan. It is the main entry of Rajbhavan. Many tourists have wrong information that, public is not allowed to enter inside the campus, but it is not true. Every tourist is permitted to enter the ground of this Rajbhavan or Rajmahal premises.

Rampur is a city connected with most popular tourist destination, which is connected by buses, trains as well as some other vehicles. Even, there are many flights to reach Rampur. Among all these transportation, the main ones are the trains and flight. The airport is just 135 kms from Rampur, and taxis are available from airport to the Rampur.

Rampur is very famous for its market, where the shoppers spend a nice time finding such things which are rarely found in other places. The place can be visited during between the months of March till June and from September till November.

It is one among the best shopping hubs, where you can find different types of exotic items at a single place. You can pick some handicrafts like antique wooden carvings, as well as ideal clay sculptures, and so on. There are also certain well-known handspun woolen shawls, blankets, and rugs, which gives you warmth even in the winter and rainy season.

Comments / Discussion Board - Tourism in Rampur